Oathill Lake is a small, shallow lake located in downtown Dartmouth, situated between Maynard Lake to the South, Lake Banook to the Northwest, and Penhorn Lake to the Northeast. Its coordinates are N 45E63’85”, E 49E46’81.1″. The entire shoreline of the lake measures just over 1 (one)km, it has a surface area of ~4.7 hectares, and drains a total watershed area of 34.1 hectares. Oathill Lake sits relatively high at 69 metres above mean sea level, and it drains into Lake Banook.

Oathill Lake is a small and beautiful urban lake found near the heart of downtown Dartmouth, Nova Scotia. It is a source of both natural beauty and recreational use for swimming, walking, fishing, skating, and ice hockey, by the many residents that live nearby. It is a valuable resource that must be preserved so that future generations may enjoy it for years to come.

Here are two historical articles on hockey played on Oathill Lake, (1) Hockey on Oathill lake in 1867 and (2) Dartmouth Hockey Timeline. 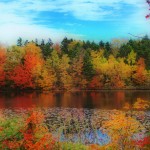 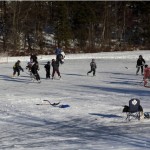 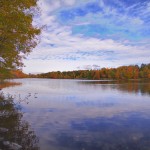 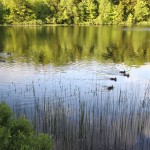 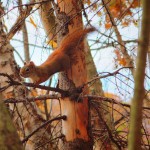 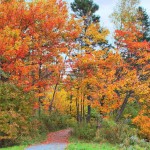 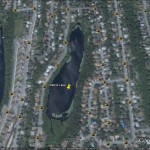 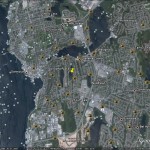 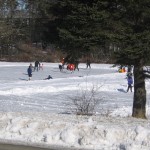 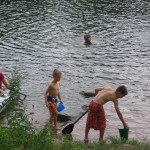 Swimming and Messing About 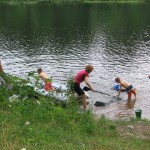 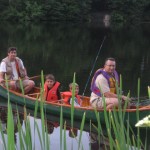 Canoeing and Fishing on Oathill 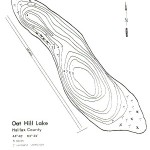 The bedrock geology under Oathill Lake is part of the Halifax Formation slate. This formation consists of slate with minor interbedded quartzite. A major issue of the Halifax Formation pyritic slates is its associated acid drainage potential. When exposed to air and moisture sulphides in the rock react and creat a weak sulphuric acid. The result can be toxic for aquatic environments. These occurances are most likely to occur during large excavtion activities where the rock is being cruched and the exposed surface area of the rock is increased.

Oathill Lake is located between two elongated drumlims. The drumlins are typically formed of Lawrencetown till, derived from a mix of reddish sandstones and siltstones of the Carboniferous and Triassic areas to the north . The over lying soil is Halifax soil; typically well drained, stony, sandy loams, developed from till derived from quartzite.

We want to hear from you. Send use your pictures and observations and we’ll post it here. From fish catch to the Beckfoot Bigfoot we want to know.

Our summer student for 2016 compiled a list of wildlife she encountered while working around Oathill Lake. See the compiled list here – Oathill Wildlife 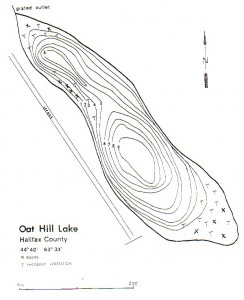